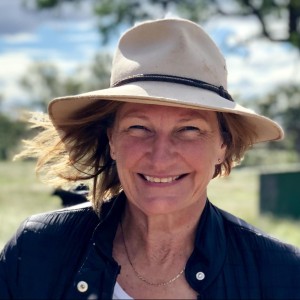 Fifteen ladies gathered at the Cement Mills Hall to talk about leadership. Collectively these women drove approximately 3,000 KM round trip to attend!! I was thrilled to have so many ladies enthusiastic to share this experience.

After enjoying some delicious Pumpkin Soup provided by the Gore Roadhouse, we put our heads together to tackle difficult topics … topics we rarely talk about – coercive behaviours. Yet coercion is something we face in all areas of our lives: controlling dominating behaviours.

We kicked off the workshop by introducing ourselves. We had a diversity of women: professionally, personally and at different stages of life. This was perfect for lively conversation. We pulled apart the model of Coercive Leadership, as identified by Daniel Goleman’s work. We considered its benefits and weaknesses. We brainstormed coercive tactics.

Next we considered a new way of perceiving leadership: Using my power an influence to make progress on what matters most.

What did we learn?

When are coercive tactics beneficial?

We considered scenarios in four contexts: parenting, neighbourly relationships, the work environment and personal relationships. It became obvious that coercion was necessary when safety considerations emerged, especially in the work place. We realised that we often use coercive tactics when parenting. When issues emerge with neighbours, the group considered the long term relationship was more important than challenging inappropriate behaviour by demanding compliance. We considered the complexity of addiction in a relationship and what options we have to influence another’s behaviour.

We considered what power and influence we could bring to each scenario such as how we could encourage independent experts to help us influence change.

How can we respond to Coercion?

We considered another four scenarios covering the same contexts: parenting, neighbourly relationships, the work place and within family dynamics. We considered how we could avoid being exploited in the workplace, by our neighbours, and extended family. We considered how to deal with unreasonable anger when we err in some way.

Over the course of the day we contemplated the role of anger in coercion and different ways we might choose to respond. It emerged that as women, stereotypically, we score high on the psychological character trait of ‘agreeableness’. While this has many strengths it can also put us at a disadvantage and leave us vulnerable to others taking advantage of us.

We talked about taking time to consider our emotions and using the “Feeling wheel” to stop, pause and consider “What is making me angry?”. We can also use the “Feeling Wheel” to help us understand someone else’s emotions.

These are just a few of the highlights of the day. I’m still ruminating the discussion and looking forward to the next one.

I look forward to continuing this journey of engaging with rural women to share our experiences … so we can continue to learn from each other.